Helping You Plan Your Future

Helping You Control Your Business

Helping You Plan For Succession

The Chancellor Philip Hammond delivered his budget yesterday and joked that he had avoided giving his speech on Halloween itself as it would have been too tempting for the caption writers.

Fiscal Phil’s budget was focused on the “strivers, grafters and carers” and for “Britain’s future”. He repeated again and again that “the British peoples hard work has paid off” and the fiscal rigour of the past eight years has allowed him at last to share out some of the benefits.

It’s concerning that eliminating the deficit and ultimately the debt continues to be pushed further down the road. Our national debt now stands at £1.75 trillion a figure so significant, we cannot rely on it just inflating away. Returning the public finances to surplus must continue to be a priority.

Here are some of the key tax announcements:

The Chancellor had a difficult task in this Budget: to indicate how he might balance the Government’s books in the future, while still having to pay out huge sums to support the economy. He said that he would continue to provide ‘whatever it takes’ to protect businesses and jobs during the present crisis, while being honest about the need to ‘fix the public finances’ and setting out his plans to build the future economy.

Extension to the Furlough Scheme

Coronavirus Job Retention Scheme (CJRS) also known as the Furlough scheme will remain open until December, with employees receiving 80% of their current salary for hours not worked, up to a maximum of £2,500. Under the extended scheme, the cost for employers of retaining workers will be reduced compared to the current scheme, which ended on 31 October 2020. This means the extended furlough scheme is more generous for employers than it was in October. 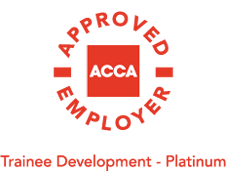